Why Do We Use The Term Bat Control? 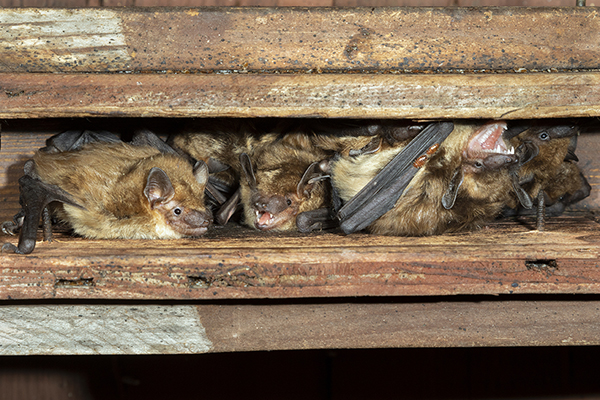 Why Do We Use The Term Bat Control?

Scientists have identified at least 980 species of bats worldwide and 40 of them are found in the United States. A study to assess the importance of these bats to farmers has suggested that bats provide a service worth an estimated 1 billion dollars globally by controlling pests on corn crops. In addition, they are important seed dispersers and pollinators for many plants. In fact, bats are the sole pollinator for the agave plant, without them, we wouldn’t have tequila!

So although bats may be feared by many, thought of as scary creatures of the night, they are actually vital to our environment and economy. For this reason, bats are not considered vermin or pests and should not be killed. In fact, in the US it’s illegal to kill a variety of bat species. Instead, if you think you might have a bat infestation, bat control is the best way to deal with it.

Can Anyone Remove A BAT COLONY FROM YOUR HOME

Bat control is highly specialized work and should not be done without proper training and experience. For example, attempting to bat-proof at the wrong time of year could cause bat pups to become trapped, looking for parts of the house to escape from. Or you could end up with dead bats rotting in your walls or attic if they are not excluded properly and end up being sealed into your home.

Imagine paying a general pest control company to remove bats from your home only to be surprised one night by waking up to find the bat colony flying around your bedroom!

That’s exactly what happened to Jane* when, instead of removing the bat colony, the pest control company managed to trap them in her attic. This terrifying experience resulted in her having to get rabies treatment and was so traumatic she still struggles to sleep at night.

So what is the correct course of action?

The first step is an inspection followed by the installation of exclusion traps at key places around the building, allowing the bats to exit but not re-enter.  After a suitable amount of time the bat control expert will return to make sure that all the bats have left, will remove the traps, and confirm the structure is sealed. Bats will often try to return to their roosts for many years so making sure there are no entry points is vital to prevent re-infestation.

If you think you might have a bat infestation and need an inspection contact us today to schedule one. One of our bat control specialists can create a bat exclusion plan specifically for your home.

*Name has been changed.