The True Story of Batman 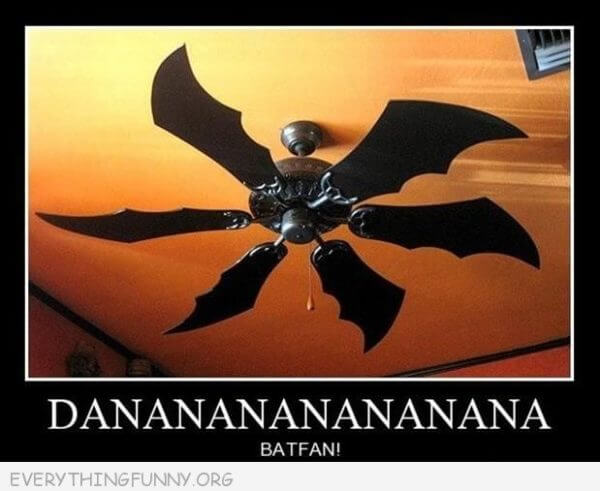 The True Story of Batman

By GetBatsOut Posted February 05, 2014 In Getting to Know GBO

In 1998, my dad and I were working at an art gallery in Aspen, Colorado selling high-end paintings.

One day, we spotted a bat in the gallery! We brought it outside, day after day. We even threw it in a rival art gallery’s back door one night. (We were always pranking each other.)

Still, no matter what we did the bat kept coming back.

Soon we realized that we weren’t just dealing with one bat. We had a colony in the gallery – a colony of about 200 bats!

We immediately called animal control and pest control for solutions. The county loaned us a noise maker that made a high-pitched droning sound engineered to drive them out of the building.

We came in the next day to see the bats sleeping on it. It was like they thought it was their mother.

Needless to say, the only thing that noise maker did was annoy everyone in the gallery.

So, we took further action: we hired a bat removal technician from Arizona. We flew him to Aspen and paid him to fix the problem.

My dad was fascinated by the process. He talked the technician into teaching him bat removal techniques and giving him a part of the franchise and all the Colorado leads.

But the next year my dad had a heart attack. It took awhile for him to recover, so I took over the operation of the business. I drove all over Colorado for a couple years, working in bat removal.

When my dad recovered, he stepped back into the business – and he still loves it. He drives all over Colorado all summer.

My dad is Batman. A super hero.

While I was running the business, I gained a national reputation. Pest control companies all over the nation would hire me for jobs. I was travelling to San Francisco, Washington DC, South Texas, and other places.

There wasn’t much competition at the level at which I was operating. I can operate heavy machinery and rappel, and these advanced skills come in handy for bat removal.

So, in 2007, I decided to go national. I have local technicians all over the nation that can help with any bat removal project.

We use humane and safe practices to ensure that no bats are harmed or killed. It also helps keep you safe while taking care of the infestation.

So, there you have it – the story of how Get Bats Out became your local (and national) bat removal company!