The Bat That Took the Wrong Turn 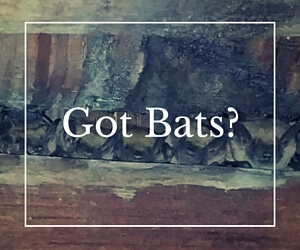 The Bat That Took the Wrong Turn

It seems like it is about this time of year that we get a lot of calls that sound very familiar.

“I have a bat in my house. They always seem to come in about this same time every year.”

If this sounds like a thought you may have had, please keep reading. Let us explain why this has become a reoccurring problem for you.

First, let me give you a little background on bats. Some of these habits vary from species to species of bats, but they are the same for the main four types of bats found in the US.

* Bats are elusive animals and some of this information is the best guess of scientists, researchers, and biologists.

So Why is There a Bat in My House Now?!

September is a great month for bat removal because the whole colony is now flying and able to make it outside in the wilderness. 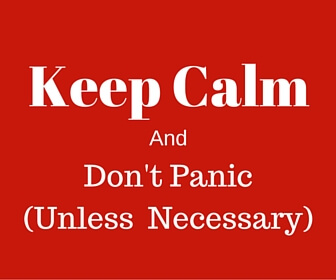 What makes this a great time to get rid of bats, is also the thing that makes you see more of them in your home. As the juvenile bats have been flying for a few weeks now they are just getting big enough and confident enough to start branching off on their own. Think of them as your teenager that thinks they can do whatever they please.

These juvenile bats are sometimes not as smart as they think they are. Instead of flying out with the rest of the colony of bats living in your house, they sometimes get turned around. The bat takes a wrong turn INTO your house instead of OUT of your house. Don’t panic.

As much as you don’t want them there, they REALLY don’t want to be there either. They are just searching for a way outside at this point and probably in a total panic because they disobeyed their mother and got lost. So hey, give the kid a break and gently convince them to go outside where they belong.

There Isn’t Just One…

Here’s the bad news. Odds are, there isn’t just one bat in your house. There is more than likely a whole colony that has lived there for a number of years. If you are seeing bats in your house about the same time every year, you most likely have an infestation.

Here’s the good news. We can get the whole colony out for you and make it so they don’t come back. Remember bats are endangered so you can’t kill them. Call us to get them out safely and humanely.