Special Bulletin: Are Bats the Culprit in Ebola Virus Outbreak? 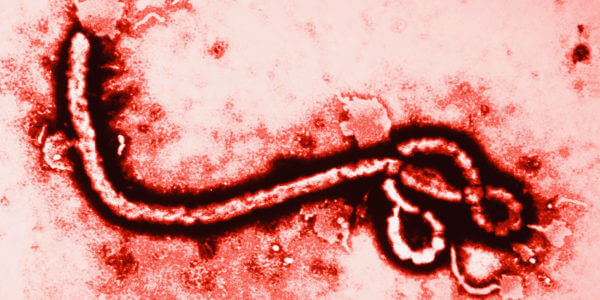 Special Bulletin: Are Bats the Culprit in Ebola Virus Outbreak?

Some news outlets are coming out with a startling new report: bats might have been the spark that ignited this new outbreak of the Ebola virus!

While many scientists and medical professionals are trying to contain the deadly disease in West Africa, others are trying to pinpoint where it came from in the first place. If they can discover this, they’ll be better capable of preventing or reducing the potency of future Ebola outbreaks.

Is It the Bat’s Fault?

Bat immune systems are becoming a hot topic because of the spread of Ebola. Many scientists think that bats are to blame for its jump to humans, and admittedly, they have some valid reasons to think so.

In more than 1,200 known species of bats, they carry at least 15 different families of viruses.

Bats seem to be able to coexist with their viruses and pathogens (with the exception of rabies) because they’re used to them. Unfortunately, many of these same diseases are new to humans, and that makes them extremely deadly.

Ebola could have been one of those diseases.

While it makes sense, there’s very little hard evidence that point a finger at bats specifically. It’s possible that tainted bush meat (which includes carcasses besides those of bats, including apes and antelopes) could have transmitted the Ebola virus to a human, as some West Africans are known to eat these.

If bats are responsible, people are partly to blame as well, because they’ve been encroaching on West Africa’s rainforests to clear room for new housing and farmland. In doing so, they’re more likely to come into contact with bat urine, feces, or saliva. It only takes one case in humans to start spreading and turn into an epidemic.

Whether bats are ultimately the cause or not, killing them is not the solution. They provide an essential function in the ecosystem. Instead, it’s better to simply avoid contact with them during birthing seasons, which is when the diseases are most commonly spread.

This situation is thankfully not an issue in the United States right now, but it’s still important to know about what happened to better protect yourself and your family.

We’ve said it before and we’ll say it again: the main takeaway from these situations is to avoid contact with wild bats! Only an expert, with the proper safety equipment, should approach a bat.

When it comes to bats in the United States, there are other reasons why we should be careful about them. Here are just a few:

Contact with bats can lead to other diseases besides Ebola, including the very deadly one known as rabies. They can also result in damage to your home or office building. While scientists determine what caused this outbreak, stay safe – and call us if you need help with any bats!