Remove Bats From the Environment? Humans Are Trying

Remove Bats From the Environment? Humans Are Trying

Have you ever thought about the impact it would have on the environment if we were to remove bats from the ecosystem? Probably not. Luckily for all of us, a group of very smart people including Raina Plowright, who is an assistant professor in Montana State University’s Department of Microbiology and Immunology, did.

The new study that she co-authored reports that bat deaths worldwide are rapidly rising at the hands (or feet) of humans. In addition, these deaths are pretty unique to the 21st century.

There are two main types of bat deaths caused by humans that are removing bats from our environment at a rapid pace. 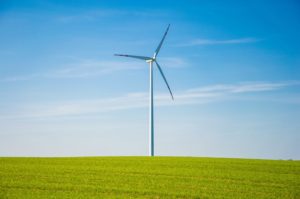 We agree wind turbines are a great alternative energy solution, however, we believe there needs to be more research into WHY bats are dying at industrial wind turbine sites. This is a mystery that remains unsolved. Are bats flying in the wrong place at the wrong time? Is it a matter of them being attracted to the spinning turbine blades? Why are so many bats colliding with turbines compared to their infrequent crashes with other tall, human-made structures?

My personal hunch, is that when bats are flying using their echolocation, the blades are not registering to them because they are turning. To the bat the path in front of them is clear and then all of a sudden… it’s not. There is no questions that wind turbines remove bats from the environment in a most unfortunate manner. 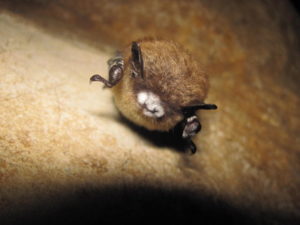 2. White-Nose syndrome – This fungal infection can hardly be blamed on humans. What can be contributed to humans and bat removal from the environment is the spread of this very deadly disease.

White nose syndrome is a fungus that attacks bats when they are at their most vulnerable; during hibernation. The fungus grows on their face and wings feasting on their poor little bodies until all of their reserves are depleted by the virus and they wake from their hibernation early to a very dire situation. When the bats awaken early, they wake with an intense desire to feed. This is obviously problematic when they awake in the dead of winter to no available food source.

Scientists across the United States are scrambling to find some sort of treatment for white nose syndrome which is not transmittable to humans. In the meantime, we can all help to not remove bats from the environment by limiting visits to caves or speaking with the park ranger before entering one. Please let them know you have been in a cave previously so they can determine if it is safe for you to go in another one. Humans are spreading white nose syndrome through becoming contaminated at one cave and taking it to the next one.

Remove Bats From the Environment To Dire Consequences 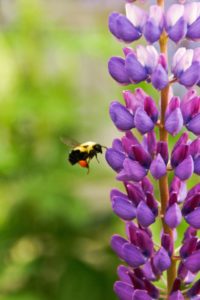 Albert Einstein is famously quoted as saying, “If the bee disappeared off the surface of the globe, then man would have only four years of life left. No more bees, no more pollination, no more plants, no more animals, no more man.” I believe this statement is just as true if we remove bats from the environment.

Bats and bees have very similar jobs in our environment. They are both pollinators, however, bats do even more than bees. Bats, in addition to performing pollination, also distribute seeds through bat feces and they perform vital insect control.

Removing bats from the environment would be detrimental to us all.

Remove Bats From Your Building Humanely

Keep in mind that the two main points of this article about removing bats are ones that cause mass deaths of bats. There are also a lot of instances of people just flat out killing bats. Not only is this a terrible idea for our environment, but many bat species common in the United States are listed as threatened endangered, which makes it illegal to kill them intentionally. (Please don’t get out your .22 and start shooting them. Believe it or not, I hear this a lot.)

If you have a bat problem or infestation in your home or building, please call a humane bat removal expert. We removed bats humanely from homes, to large businesses, to government buildings. Click the link below to have one of our bat experts give you a call about your bat problem.