Rabies Virus Death in Wyoming and 3 Things You Must Know 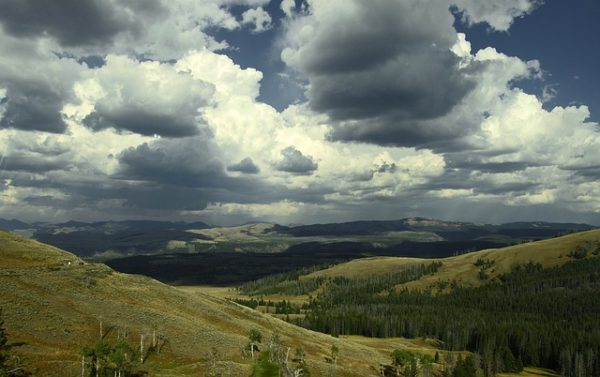 Rabies Virus Death in Wyoming and 3 Things You Must Know

Death by rabies has been in the news a lot lately. September 28th was rabies awareness day and there were more rabid animals found in many states than is normal. The uptick in rabies this year has made all of us at Get Bats Out extra cautious.

We often hear the fear in our customers voices when they ask about the bats in their home or building having rabies. So here are three things we think you should know about rabies to prevent contracting this deadly virus. 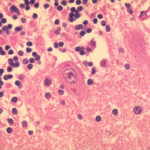 Rabies is a deadly virus that attacks the central nervous system and causes acute encephalitis.

Encephalitis is acute swelling of the brain resulting either from a viral infection or when the body’s own immune system mistakenly attacks brain tissue. Acute in medicine means it has an abrupt onset, develops rapidly, and usually requires urgent care.

This swelling of the brain causes many complications and eventually death. In the United States there have only been three reported cases of someone surviving the rabies virus without the vaccination.

The rabies virus is transmitted from animals to humans, most commonly by animal bites. There have been reports of people contracting it from breathing the air while in a bat cave but there is nothing supporting this. It is much more likely that they were scratched or bitten while in the cave and didn’t know it.

The majority of recent human rabies cases in the US have been identified as being due to a bat strain of rabies virus, often with the victim not remembering or disclosing an animal bite of any kind. This has resulted in a more liberal interpretation of rabies exposure by bats specifically: “…in situations in which a bat is physically present and the person(s) cannot reasonably exclude the possibility of a bite exposure, post exposure prophylaxis should be given unless prompt capture and testing of the bat has excluded rabies virus infection.” (MMWR 1996; 45:209)

2. What Are the Signs and Symptoms of Rabies?

The first symptoms to appear are flu-like ones, including fever, headache and fatigue. There will be tingling and/or pain at the bite site, as well as a loss of appetite.

The period between initial infection and the onset of first symptoms can take from four to eight weeks, and sometimes over a year. The further the bite is from the head, the longer the incubation period tends to be.

Virtually all patients die within two to ten days after the first symptoms appear. Most of the extreme few who are known to have survived have had severe brain damage. The road to recovery once survived is long and painful either way.

This rarer type of rabies affects the spinal cord. The patient becomes progressively paralyzed, until the lungs and heart do not work anymore. About a week after severe symptoms develop patients go into coma, and then die.

Until 1885, when Louis Pasteur and Emile Roux developed a vaccine, all human cases of rabies were fatal.

So rabies, while scary, is today considered a treatable and preventable virus. Once contracted and symptoms have set in, it is still considered 100% fatal.

While we believe bats get a bad name for carrying rabies (there are far more foxes, skunks, and racoons that carry it), it is the animal that most often transmits the virus to humans.

If you live in Wyoming and have been putting off your bat removal project, there is no better time than the present!