Rabies Scare? I Felt Deceived and Here’s Why

Rabies Scare? I Felt Deceived and Here’s Why

I’ve always lead my company in a way of treating all of our customers and even just people that contact us with questions, in a fair and honest way. We focus on education of the real risks of bats. We never, ever use a rabies scare tactic.

Maybe this is why I felt so deceived when I read the headline, “Macoupin County woman has rabies after being bit by bat.”

My heart sunk reading that headline. My first thought was, “Oh, no. The first rabies death of the year.” So, of course, I clicked on the story.

Rabies is a big deal, don’t get me wrong. It is considered 100% fatal. Which is why my first instinct when reading that rabies scare headline was to think that someone had died.

Once you show the signs of rabies, it is simply too late. There have only been three documented cases of people surviving rabies and two of those people were left with fairly severe brain damage.

But upon reading this story further, it became very evident that the headline was crafted to make people panic and read the story. The unfortunate lady involved in the story was indeed bitten by a rabid bat, but they tested the bat right away and started her on the rabies shots sequence right away.

She is going to be fine, but it was pretty eye opening for me how much the media twists things to fit their agenda.

Many animals carry rabies. Out of these animals, it is estimated that only one out of one hundred bats carry rabies. The problem with this statistic is that it is very difficult to determine the exposure level with bats. Bats have very small teeth and people often don’t know they’ve been bitten.

There is also the disconcerting fact that if children are involved they often don’t fess up to touching a bat for fear of getting in trouble.

You don’t actually have to be bitten to be exposed to rabies either. Rabies can be transmitted through saliva and an open break in your skin.

We do take a bat infestation in a home or business very serious. There are problems that bats cause that cause much more worry than rabies. Here is the short list: 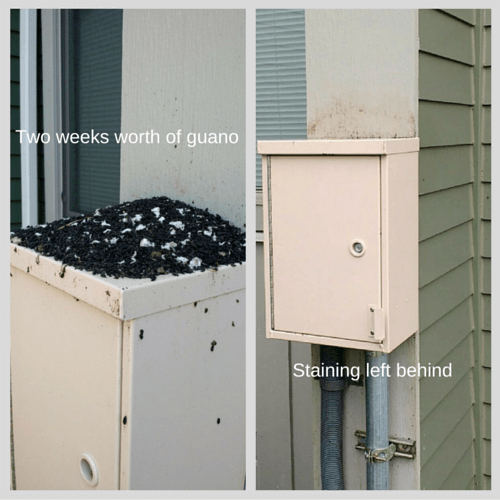 Getting ahead of the problems a bat situation could cause you is imperative. But for more reasons than just the old media rabies scare tactic.

Don’t be deceived by the hype, but do be educated. And once you are educated, you’ll call us.