Rabies on the Rise in Homer Glen, Illinois

Rabies on the Rise in Homer Glen, Illinois

Homer Glen, Illinois is a popular suburb of Chicago. Many homeowners live there for the great quality of life. Most don’t live there to be exposed to rabid bats.

Unfortunately, that is what’s happening this summer. With the 5th reported case in Will County, Illinois in as many weeks, people need to take extra precautions when coming in contact with potentially rabid bats.

All five confirmed cases of rabies in Homer Glen have been bats.

There are three main things you should do if you encounter a bat. 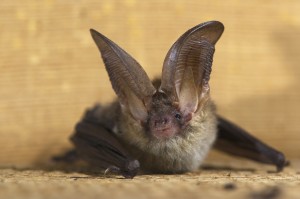 If You Suspect Bats in Your Home

Don’t let a bat infestation get out of control. In the most recent case of rabid bats in Homer Glen, this unfortunate homeowner most likely has an infestation on his hands. We have seen homes where people ignored the problem until they couldn’t ignore them anymore. These situations were much worse, sometimes through health ramifications and sometimes through property damage caused by bats, then they needed to be.

Catching and treating a bat infestation sooner rather than later is definitely the best course of action. We are a humane bat removal company that cares deeply for bats and respect what they do for our environment. We, however, do not want to live with them in our houses, and neither should you.

Getting the bats out of your house early could mean not coming across a rabid bat in YOUR garage….