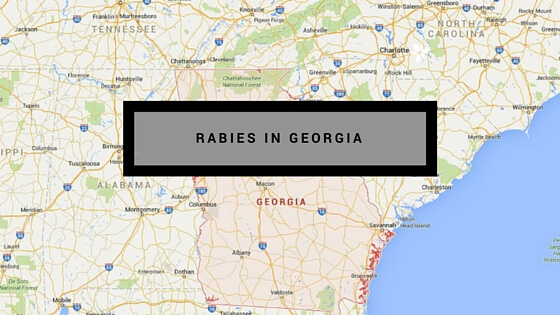 By Michael Koski Posted May 27, 2016 In Informative Articles , Rabies

Rabies in Georgia is a much larger problem than many people realize.

Recently, a family of five in Johns Creek were potentially exposed to rabies. Unfortunately, once they caught the bat flying around their home in the middle of the day, they threw it outside instead of submitting it for testing. This means the entire family is now undergoing rabies shots.

Rabies in Georgia, much like everywhere else is nearly 100% fatal. Once signs appear, you’re a gonner. Which makes undergoing rabies shots a necessity if there are any questions of exposure.

Rabies shots are not typically covered by your medical insurance. If you are one of the lucky ones that does have it covered, that’s great! Otherwise, you would have to come up with $70,000 for a family of five to undergo rabies shots…. That’s $14,000 per person in case you wanted to break it down.

This is actually a conservative estimate on cost. One case we recently worked with in California had to pay $20,000 per person to undergo rabies shots.

One of the most staggering facts about rabies in Georgia, is that Georgia actually leads the nation in rabies outbreaks.

The most common carrier of rabies in Georgia is raccoons but foxes are quickly rising on their number of cases as well. Unfortunately for foxes, they are usually bitten by a raccoon to contract rabies themselves.

Bats actually have a very low percentage of rabies outbreaks. It is estimated that only between one and three percent of all bats have rabies in Georgia. The problem with a bat encounter is that it is usually much more difficult to determine if an exposure happened or to catch the bat for testing.

Bats have extremely small teeth. So small that most people bitten by a bat don’t even feel it.

Bats will also invade and live in your home. Bat infestations sometimes take years for homeowners to catch. Most people catch the problem when they have a bat in their bedroom at night or worse, in their child’s bedroom. Which means, if you don’t catch the bat, you will most likely have to have rabies shots.

While rabies in Georgia is clearly not completely avoidable, there are things you can do to save your money and not undergo painful rabies shots.

If you have a bat problem in your home, we recommend not putting off tackling it. While it may seem expensive up front, you won’t have to try to come up with $70,000 for rabies shots…