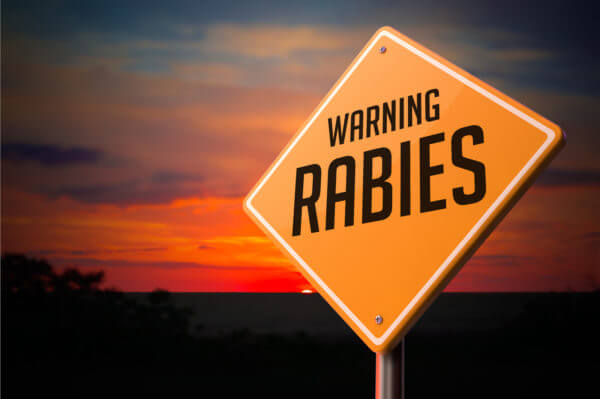 In the United States, unlike many other countries, rabies transmitted from dogs to humans has been almost completely eliminated.

Rabies from bats is another story. The most common vector for rabies to humans in the US is now bats. Though it is rare (one to three fatalities a year), this problem is a good reason to have a bat removal done, or in professional terms exclude bats from your property. All of our employees receive training, rabies shots, and hands on experience with patented devices used to remove bats from infested structures.

A group of researchers in Canada have done infectious diseases experts a big favor — they’ve summarized a staggering amount of useful data on bat-related cases of human rabies in a paper just published in Clinical Infectious Diseases.

(Note to non-ID specialists: infectious diseases doctors spend a lot of time answering questions about rabies in general and the vaccine and bats in particular. I’m fairly certain that being a bat expert was not listed in my job description when I signed up for this field, but maybe that’s because there was no job description.)

This paper should be required reading for all ID docs. Whether the news is reassuring or terrifying will depend on whether you’re a glass half-full or half-empty type of person. Here are some of the key points:

Bat-related human rabies is incredibly rare: Since 1950, there have been 56 cases of bat-variant rabies in the United States and Canada, for an average annual incidence of just under one case per year. In several years, there were no cases; in the worst year on record (2001), there were five cases.

The overall incidence rate of bat rabies in humans is 3.9 cases per billion person-years. Your odds are better — much better – of winning a huge payout in the lottery, but you don’t need to be a statistician to figure out that neither one of these events (bat rabies or lottery bonanza) is particularly likely.

Many states have never had a case of bat-related rabies, including Massachusetts (hooray!) and large chunks of the Midwest and Southwest, including both Dakotas, Nebraska, Kansas, Wyoming, Colorado, Arizona, Utah, and others. Among remaining states, most have had 1 case, but California and Texas have not been so lucky, leading the way with 8 and 7 cases, respectively.

The paper has other fascinating non-epidemiological information for ID docs who may want to brush up on their bat facts, including that the behavior of rabid bats “is not always dramatically altered.” Some rabid bats “may simply become disoriented, lose their flying ability, and appear clumsy.” (Who knew?) Bat bites, furthermore, leave puncture marks <1 mm in diameter, and bat scratches are usually <1 cm long — hence explaining those 19 cases with “no” bat exposure. In all likelihood, they just didn’t notice the small bite or scratch.

All of which leads to the key question of how we can get from a small number of human rabies cases per year down to zero. One possible solution, of course, is to administer the rabies vaccine to anyone with even potential (as opposed to reported) bat exposure. Indeed, in 1999, the Advisory Committee on Immunization Practices from the CDC recommended administration of rabies vaccine to:

“…persons who were in the same room as the bat and who might be unaware that a bite or direct contact had occurred (e.g., a sleeping person awakens to find a bat in the room or an adult witnesses a bat in the room with a previously unattended child, mentally disabled person, or intoxicated person).”

This has always struck me as a somewhat bizarre recommendation given the inappreciable nature of bat bites and scratches — why does seeing a bat flying around your child’s room mean that this same bat hasn’t flown around your room too? And if you awake to find a bat flying around your room, but your significant other sleeps through the bat visit, should you get the vaccine but your soundly sleeping partner skip it? These are rhetorical questions.

My opinion: some, if not most, of our prevention strategies for rabies from bats are really about trying to do something rather than nothing — a completely understandable human impulse given that the survival rate for human rabies is practically zero. After all, no one wants to be the ID doctor who advised against the rabies vaccine when the first-ever case of bat-related human rabies happens in Illinois (or Massachusetts, for that matter). But I don’t think we should be fooling ourselves that recommending rabies vaccine for these possible bat exposures is going to have much of an impact on the rate of bat rabies in humans, which is already reassuringly low …