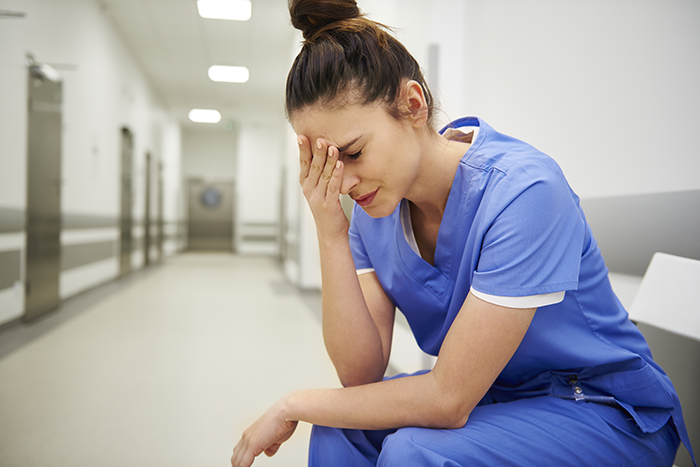 Nurse Loses Lawsuit After a Bat Encounter Inside a Hospital Leads to Post-Exposure Rabies Shots.

We were concerned to read a report from Ottawa, Canada, that a bat had been found on the Civic campus of The Ottawa Hospital.

A nurse encountered the bat in a hallway and subsequently had to undergo rabies post-exposure treatment, which involved a course of vaccines given over a couple of weeks. As a result, she had to cancel her honeymoon trip to Europe, resulting in a loss to the couple of over $10,000. She applied to the Ontario Nurse Association to appeal for her to receive compensation for the canceled trip on the grounds of negligence -as the hospital did not test the bat for rabies before it was released- but this bid has been unsuccessful.

The “attack” took place only three days after the nurse’s wedding, on September 2, 2019, when she was working in the psychiatric wing of the hospital.

The arbitration ruling published online described the security footage of the attack on the nurse entering a hallway: “the woman, spotting the bat immediately, covers her head and cowers on the floor, crawling to the other end of the room as the bat flies around the room.”

The nurse then went straight to the emergency department as her arm had been scratched, although it was not clear whether this was from the bat. We all agree that this is a terrifying occurrence for anyone.

Why did this nurse need rabies treatment?

Although it may initially appear extreme to give treatment when exposure has not been confirmed, the fact is that when rabies is contracted, if left untreated, it is almost certainly fatal. Therefore it is always best to err on the side of caution, and in this case, the healthcare professionals advised that rabies post-exposure prophylaxis be given, given that the bat was released before being tested for rabies.

We do not share this information to spread fear, but we want to make you aware that it is very important to take any contact with bats seriously.

Bats in your workplace

It is always sad to hear of an employee taking legal action against their employer, and it concerns us that some employers may not know how to deal with a situation such as this. If you are an employer, take some time now to educate yourself, so you know what to do if you ever have a bat in your workplace. Informing yourself and your staff now can prevent an encounter with bats from having a damaging effect on your employees and business’s reputation.

Finding a bat in a hospital is not an unprecedented event; our bat removal technicians have helped numerous hospitals with bat issues. Bat colonies like to roost in high buildings, which allows them a good height to fly from and better protection from predators. As hospitals are usually among the tallest buildings in a city, it is no surprise that bats sometimes choose a hospital for their next home. Bats live in colonies, so where there is one, there will be more, possibly hundreds more, so if you see one bat, don’t ignore it. If you work in hospital administration, please read our Bats in Hospitals free download. While we hope you never have to deal with a situation like the one above, it’s important to prepare now so that you would be equipped to deal with a bat infestation in a discreet and timely manner.

Whether you see a bat in your place of work or at home, it’s important you lose no time contacting professional bat removal services. If you find yourself in such a situation, remember at Get Bats Out, we are ready to help. We are the only bat remediation company globally that has rope access technicians ready to assist with high-rise buildings. This has proved invaluable when dealing with bat infestations in hospitals over the years, as many times, bat colonies have been found in areas inaccessible to a man lift or boom and scaffold rigs.

We are discreet and professional. Reach out to us today for a one-on-one consultation with the owner of Get Bats Out.