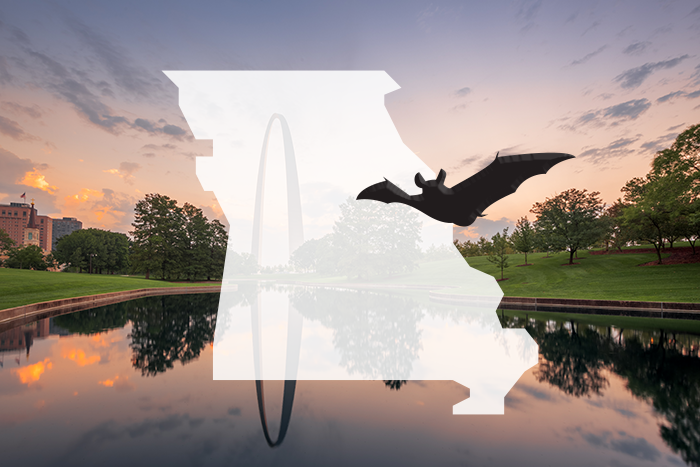 On Wednesday, April 27, a man in St. Louis County, Missouri, was bitten by a bat that later tested positive for rabies.

The man had seen the bat being attacked by a bird and had tried to rescue the bat, but in the attempt was bitten on his finger. Subsequently, animal control was called and the man attended a local hospital to receive post-exposure rabies treatment.

The bat was taken to the Missouri State Public Health Laboratory where it was confirmed to be carrying rabies. This was the first confirmed case of rabies in St. Louis County this year.

Do all bats carry rabies?

Not all bats carry rabies however rabid bats have been found in all US states, except Hawaii. As this case illustrates, if you have contact with a bat there is a chance it could be a rabid bat. You cannot tell if a bat is carrying rabies by looking at it.

Unless treated, rabies is sadly a fatal disease, and if you develop symptoms – it’s too late. We don’t wish to shock or frighten you but we do want you to be informed of the risks and what you should do.

Protect yourself from rabies