An Inside Look at Bat Removal in Huntington County, Indiana 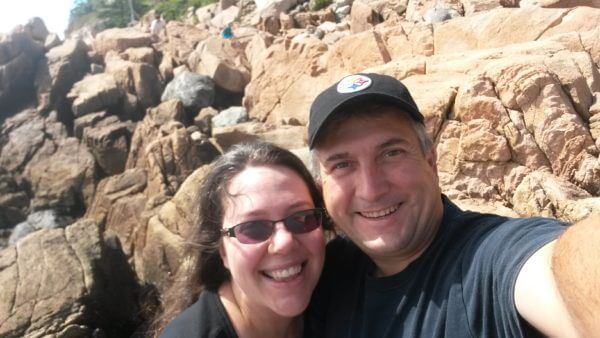 An Inside Look at Bat Removal in Huntington County, Indiana

John “The Batman” Martinez is our resident expert for Huntington County, Indiana. We wanted to take a look at what it’s like there when it comes to bat removal. Here’s an inside look at this exciting job in this fascinating area with John Martinez!

Annual average of “bat calls” in Indiana for the past three years is: 108

Where was the closest job to your house? Can you tell me a little about it?

Most of my jobs are 2+ hours away. The closest ever was in Fort Wayne, Indiana. That client works for the Fort Wayne NPR station, and the house itself is on the national registry of historic places. It’s known as the Farnsworth house, and as you know, Philo T. Farnsworth is credited as the inventor of television, so that was cool!

What are the two nearest cities to you?

Is there a town or area where you’ve had more than one job? if so, tell me a little bit about that.

There are a few places that I have seen more than once. I’ve done four jobs in Lawrenceburg, Indiana. A few around Columbus, Ohio. I’ve done two around Mansfield, Ohio this year. I’ve done at least two in Seymour, Indiana.

When I was there, the client listed all the people on his street that have bats. I was thinking of taking a few guys and canvassing the city some.

What species of bats do you normally encounter?

I encounter little brown bats mostly, and some large brown. Sometimes, on a bad day, I run into Mexican free-tailed. That doesn’t happen very often.

Where was your favorite project? What made that a good job?

I always like a job that doesn’t take a lot of work but pays well. But I think my favorite job this year was a job in Bad Axe, Michigan. I did the job on a Friday and took my trailer up there. I got a campsite on the shore of Lake Huron. Had a great camping trip and finished the job on Monday on the way home.

Where was your most difficult project? Why was it difficult?

I had two difficult jobs this year. The first one was in Indiana, Pennsylvania. I underbid it. It turned out to take four days to finish. Oh, it rained those days too. I set a lot of devices. The house had wooden shakes on all the sides of the house, and the bats were residing in those. I’ve had to go back I think another four times.

The second one that was difficult was a log cabin built in 1780. It had so many openings and took my forty-foot ladder and roof work. While doing it, I knew I was going to come back a few times on this one. I had to go back to that one about four times. The client was a wonderful lady, but she was terrified of the bats and really freaked out every time. Thankfully, she never took it out on me.

Now if you are talking about most difficult jobs of all time, that would be in Galloway, Ohio. I finished the job and left, then got a call early the next morning from her demanding I come back. She had a bat in her house. After three calls, I was able to rearrange my schedule and get over to her. I couldn’t figure out what I did wrong. I did find one of my spots looked like it was chewed through. I called Michael, and he really helped me work through my demons on that job.

The client then cancelled the check she paid me with when I “finished” the job. After three frustrating returns, one after sealing them in by accident, I figured out it was a small colony of Mexican free-tails. We had a bad drought that year, and I think they came up more north because of the arid climate. I had to use a metal mesh for a device and metal mesh to seal it up. I showed up before sunrise and watched it that morning before I sealed it up just to make sure they were gone. That meant I had to leave home at 2 a.m.

Thanks to John for sharing this fascinating information about Huntington County, Indiana, and his experiences on the job!