Important Reminder: Bats Can Have Rabies 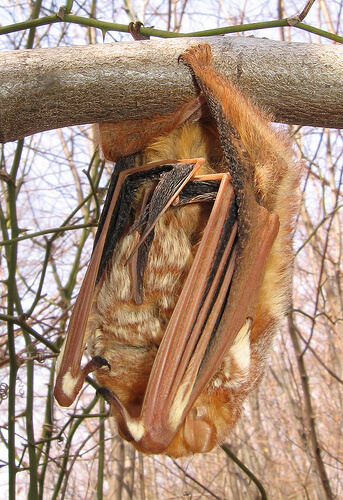 Important Reminder: Bats Can Have Rabies

Around the same time last month, there were two separate instances of bats with rabies infections: two bats in Grand Canyon National Park and one in Fort Hood.

In Grand Canyon National Park, one bat landed on a visitor and was allowed to crawl all over the visitor’s body for ten minutes while other visitors took pictures. As it turns out, this bat tested positive for rabies.

Another bat on the North Kaibab Trail in the park also tested positive for rabies.

This should serve as an important reminder that some bats—and other mammals—could be infected with rabies. While fewer than one in ten of the sick and weak bats who are tested turn out to have rabies, it’s still wise to be cautious around bats and other wildlife.

If you do see a bat in your home or office, don’t touch it! Call Get Bats Out to come in and remove it humanely and safely.

Avoid coming into contact with a bat. If it happens for any reason, you should seek out attention from a health care provider to be safe, because rabies is only preventable and treatable in humans until symptoms develop.

For further information or to get help removing bats, contact us today!

Need An Expert? Speak With Us Today!
0
print
Share