I’ve lived in Idaho all my life. As a kid who grew up in the country it was not uncommon for us to find a bat in the house occasionally.

While my mother would panic and run around the house shrieking like a banshee, my dad would calmly put on his thick leather welders gloves and gather some of our bathroom towels.

He would trudge down to the basement (where we always found the bats), throw a towel over it, pick it up with his gloved hands, trudge up the stairs, and throw it out the back door.

Idaho Bats and What I Know Now

Parents are awesome. We all live, learn, and are humbled by our children and all the mistakes we make. I believe that each generation makes a few less mistakes than the last, but no one is perfect.

When I first started working in the bat removal world I vividly remember one of my first phone conversations with Michael Koski. He has been doing bat removal for over 20 years, and the conversation (pardon the expression) scared the crap out of me.

I thought I was being funny in telling him this story about my dad getting the bats out of our basement and throwing them out the back door. He got very excited and started asking me rapid fire questions:

MK: Were the bats always in the basement?

MK: Did any of the bats ever get tested for rabies?

MK: Does your family still live in this house?!?

MK: Oh, bats in the basement means something really big, but I’m out of time and have to run. Ask me about it the next time we talk?

The answer to this discussion came much later when I had much more knowledge about bats. And trust me, I Googled like crazy trying to find out what he had freaked out about. Unless you are in the bat removal business, this answer is not easily found.

See, bats in the basement usually means you have a whole colony of bats living in your house. Your house is so full of bats that they are getting lost trying to get out because of the “congestion” in the attic, walls, or whatever void they are living in. Bats don’t normally go down to get out since they have to fall to fly. They take off from high spots.

So, 20 years later, I found out that my sweet childhood home most likely had a really bad bat problem. We should’ve been having the bats in our house tested for rabies. And the mouse poop that my mom was constantly vacuuming up in our home was most likely guano and the “mice” we could always hear in the summer were most likely bats. (Don’t get me wrong, we lived in the country. We had mice too.)

Know More About Idaho Bats to do Better

It never occurred to me that my fellow Idahoans didn’t know that bats lived here. When people ask me what I do and I tell them “bat removal” they look at me rather dumbfounded and inevitably ask the question, “There are bats in Idaho?”

Yes my friends, Idaho bats are much more common than you think. So common, that a world renowned biologist that specializes in bats has set up shop at our beloved BSU.

Idaho bats play an important role in our agricultural community here. But you shouldn’t be living with them in your house like we did.

Know better and do better. The health hazards are just too great for your family. From someone who knows. 🙂 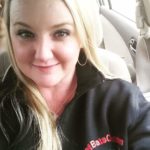