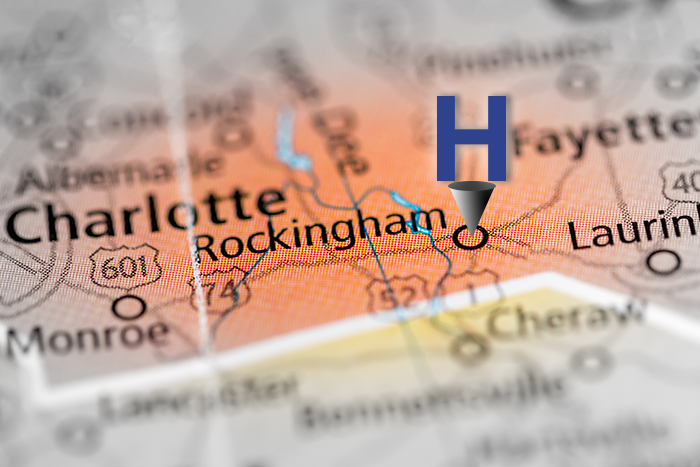 You may remember the almost non-stop news coverage. It started at a community hospital in the charming and quaint town of Rockingham, North Carolina. A bat infestation escalated until the Joint Commission forced the hospital to shut down, transfer patients to other facilities and treat the problem.

At first the story was covered in the local media, but then the wire services picked it up and the story spread across the Internet. The bad publicity didn’t stop there. The story has been curated and indexed and added to news databases which can be easily accessed through most public library systems. This ensures that the story of what happened at FirstHealth Richmond Memorial Hospital will live on for years to come.

A Bad Situation Inadvertently Made Worse

How did it come to this? By the time Get Bats Out was called in, the hospital had been unknowingly hosting a large and growing bat colony for some time. The situation became public only after some exterior maintenance somehow sealed the bats in the building.

In order to survive, bats must leave their roost to search for food and water. After the construction project the bats were now trapped, sealed in and starving. They began frantically searching for an escape. They traveled through the walls and ceilings and eventually found openings into staff and patient areas.

Bat Removal Is Not Enough

Staff members were terrified. The hospital security team did what they could to catch and release the bats, but they had to be called repeatedly each time a bat was seen trying to escape. According to some news reports, the security staff was called in to remove bats multiple times in just one week.

Bat removal and release also doesn’t ensure that bats won’t return. Bats, like many animals, are driven by instinct to return their roosts. Unless all access points are removed, you could find yourself removing the same bat over and over and over again.

Frustrated at the situation, someone call the local health department. The situation escalated from there. Eventually the Joint Commission inspected the Hospital and also found evidence of bat activity as well as bat droppings. These droppings, also known as guano, contain microscopic spores that can become airborne and cause a serious respiratory disease known as histoplasmosis.

The hospital had to temporarily shut down and send patients to other facilities.

How We Helped The Hospital Resume Operations

Get Bats Out inspected the hospital to find the remaining bats, blocked any other potential points of access in a procedure known as bat proofing, cleaned up and treated areas that pose health risks, conducted air testing to ensure patients and staff were no longer at risk of histoplasmosis, and worked with hospital administration to create an action plan that included ongoing surveillance for bats trying to return to the roost.

The hospital performed a total cleaning of all patient care areas including removing all detachable objects in the patient rooms, cleaning lighting and air duct surfaces in the ceiling and cleaning everything downward to the floor. Items removed from the room were disinfected and sanitized before being returned to the room.

Get Bats Out worked with hospital administration to present its findings, action plan, and recommendations to the Joint Commission and a variety of other agencies and interested parties. Consensus was reached and the hospital successfully re-opened and resumed operations.

Although the shutdown was temporary, the financial impact was substantial and the damage to their reputation will last as long as these news stories remain on the Internet.

How to Protect your facility

Across the country, as bats lose their natural habitats to development, more and more of them are taking up roost in hospitals. Is bat control part of your facility’s integrated pest management program? If not, we encourage you to read our special report, Bats in Hospitals – An Overlooked Risk to Your Reputation and Bottom Line.

Get Bats Out is the largest bat removal and exclusion company in the country. We specialize in discreetly helping hospitals determine if they have a bat problem.

If you would like to know how to determine if your hospital is at risk, or to discuss specific details of your situation, email me for a free, discreet consultation by phone or videoconference.