Histoplasmosis: What Is Your Health Worth? 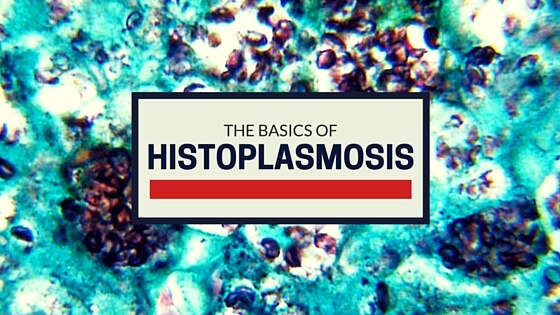 Histoplasmosis: What Is Your Health Worth?

The home inspections we do allow us a small glimpse into some extraordinary people and their extraordinary stories. On a recent inspection we met a man with a very interesting life story that had landed him in a wheelchair.

He was fortunate enough to have a wonderful girlfriend that took great care of him. The reason we were at his home was unfortunately because of her. She had contracted histoplasmosis and had already lost sight in one of her eyes.

So if histoplasmosis is not contagious, how do you get it?

We’re an expert bat removal company. That’s all we do. So logically, you can conclude we were at this particular residence because of a bat problem.

Histoplasmosa capsulatum is a fungus found in more than three inches of bat guano. It can be found in other places but what makes it interesting when it’s in bat guano is that it actually multiplies where it doesn’t elsewhere. It also needs a humid environment for this growth. Most histoplasmosis cases in the United States are found along the Ohio River Valley Mississippi River region. Drier more arid climates like you would find in Arizona or California are a lot less likely to have a problem with histoplasmosis.

Our unfortunate homeowner’s girlfriend from earlier had made the mistake of going into the attic before the bats were removed and the attic was cleaned of guano without any safety gear. Histoplasmosis was contracted in this situation by disturbing the fungal spores in the guano and then they are typically inhaled.

Are you still thinking about doing cleanup yourself after your bat problem is gone? Check out this story from the Dominican Republic about some workers at a dam and their experience with histoplasmosis.

The vast majority of infected people have no symptoms or they experience symptoms so mild they do not seek medical attention. If symptoms do occur, they average 10 days from exposure to start but can appear anywhere within 3 to 17 days after exposure. Histoplasmosis can appear as a mild, flu-like respiratory illness and has a combination of symptoms, including fever, loss of appetite, chest pain, joint and muscle pains, dry or nonproductive cough, malaise, shortness of breath, headache, chills, and hoarseness.

Histoplamosis can be diagnosed through chest X-Rays and lab cultures. Chronic lung disease due to histoplasmosis resembles tuberculosis and can worsen over months or years. The most severe and rare form of this disease is disseminated histoplasmosis, which involves spreading of the fungus to other organs outside the lungs.

Mild cases of histoplasmosis are usually resolved without treatment. For severe cases, special antifungal medications are needed to arrest the disease. Disseminated histoplasmosis is fatal if untreated, but death can also occur in some patients even when medical treatment is received.

Do you have bats living in your attic? Have you had a persistent cough for a while or any of the  symptoms listed above? You may want to take a visit to your doctor if you have been exposed to bat guano.

This blog has been on my heart for a while. It’s always surprising to me how many people ask if they can just sweep up bat guano.

I believe losing your vision, having long term health ramifications, or even death is a hefty price to pay to save a few dollars on guano cleanup or histoplasmosis remediation. We’re experts and NIOSH certified to clean up this hazardous material.

You don’t have to live with bats and you really shouldn’t clean up after them yourself. Your health is worth more than the risk. Have one of our expert bat removal technicians come check out your problem.