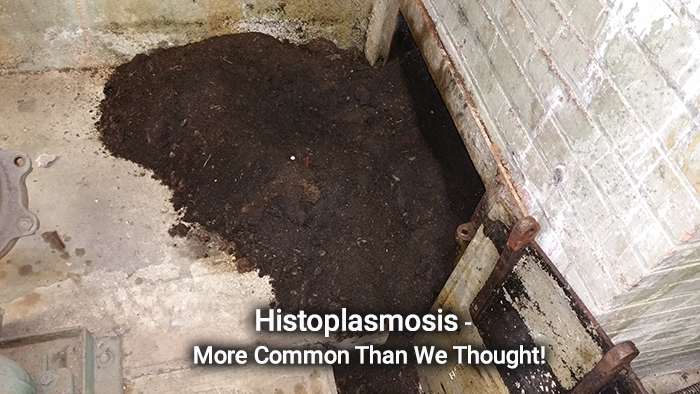 Have you heard of histoplasmosis, blastomycosis, or valley fever (coccidioidomycosis)?

They are respiratory diseases known as “Dimorphic Mycoses.” These diseases are caused by breathing in fungal spores.

A study published on November 11, 2022, has shown these diseases to be more widespread than previously thought. Histoplasmosis was found in 48 states and had the largest number of cases. As a result of the findings, medical professionals are advised to consider dimorphic fungi, such as Histoplasma, Coccidioides, and Blastomyces, as potential causes of respiratory disease.

Where does histoplasmosis come from?

Histoplasma grows in soil in some parts of America. It is sometimes found in an accumulation of bat or bird droppings. When soil or droppings are disturbed, fungal spores are released into the air. People who breathe in these spores may develop a respiratory infection.

What are the symptoms of Histoplasmosis?

Histoplasmosis, Valley Fever (Coccidioidomycosis), and Blastomycosis have similar symptoms to other respiratory diseases, which can include:

Which states have these diseases?

Experts previously thought histoplasmosis was mainly found in the mid-west and eastern states, such as Ohio and Mississippi.

The result of these findings is that the research analysts have recommended that clinicians consider Dimorphic Mycoses diagnoses based on patients’ symptoms regardless of whether the diseases are common in that locality.

Not everyone who comes into contact with spores from dimorphic fungi will get sick. However, if you have low immunity, you may be more at risk of developing an infection. Therefore, we recommend that everyone follow this advice: