Colorado is one of only 12 states in the US that currently does not have any state requirements to vaccinate our pets against rabies. But that could soon be changing, for the better.

Why Care About Colorado Rabies Vaccinations?

The World Health Organization said in a 2015 report that more than 95% of human cases of rabies are transmitted by domestic dogs through bites.

The Center for Disease Control (CDC) in the United States has been carefully tracking known cases of human rabies for quite some time. The number of human deaths in the United States attributed to rabies has been steadily declining since the 1970’s due to animal control and vaccination programs, modern rabies biologics following exposure, and successful outreach campaigns. 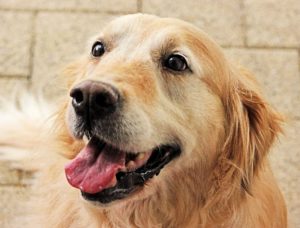 Rabies vaccination programs in the United States have successfully eliminated domestic dogs as reservoirs of rabies.

The CDC does report seeing approximately 80 to 100 dogs and more than 300 cats with rabies each year. The domestic pets infected in the US are usually infected by wildlife when they are not vaccinated properly against rabies.

While the biggest threat of rabies from domestic dogs has been controlled in the United States, interactions with other species known to carry rabies results in between 30,000 to 60,000 Americans being vaccinated against rabies each year.

Rabies shots are expensive and painful. The process has been made less painful thanks to medical advances in recent years but this has also increased the price of Colorado rabies vaccinations. This vaccine is also subject to a healthy supply and demand. The more people undergoing treatment at the same time as you, the more you are going to pay.

Every year, there is at least a few instances in Colorado of bats testing positive for rabies. This means your pets are at risk if not properly vaccinated against rabies.

Do I Need Rabies Shots?

If you have had an interaction with a wild animal or been bitten by a dog or cat, we can not stress how important this question is. We also can not stress enough that this is a conversation that you should 100% have with your doctor.

Rabies is considered 100% fatal. Once symptoms appear it is generally too late. Most people die within a few days of showing signs of having rabies.

The CDC has a really interesting chart of all the rabies in human cases since 2003. Most of the exposures are from bats in the United States, but many were bitten by domestic dogs in foreign countries. This is a strong reminder that the efforts in the US and Colorado rabies vaccinations are working.

In our opinion Colorado requiring rabies vaccinations for our pets is a good thing.

If you have a bat infestation in your home, your unvaccinated pet is it a tremendous risk. And if your pet is at risk of becoming infected with rabies so are you and your whole family.

Don’t ignore the importance of getting your pets vaccinated against the rabies virus. And don’t ignore the risk you run by leaving a bat infestation untreated in your home. Call us today to speak to a bat expert and start becoming bat free.