Why You Should Care About the Indiana Gray Bat 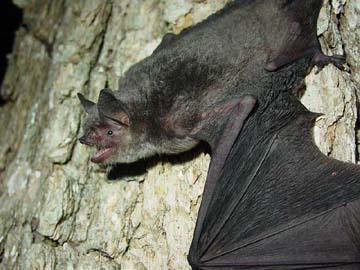 Why You Should Care About the Indiana Gray Bat

Many bat species are considered “threatened,” which means they are likely to become endangered species in the foreseeable future. An “endangered” species is one that’s in danger of becoming extinct, or dying out completely.

What’s unique about the Indiana Gray Bat, unfortunately, is that it’s already endangered.

Why Is the Gray Bat Endangered?

What happened to the Indiana Gray Bat that’s put the entire species in jeopardy? It comes down to a combination of human disruption and natural dangers.

The Indiana Gray Bat is indigenous to caves, and the whole species is found in only a few caves.

Unlike many other bat species, Indiana Gray Bats aren’t likely to take up residence in man-made structures like houses, so when humans disrupt them or put their habitat at risk, a large percentage of the species is affected. Losing even one habitat would decimate this bat species.

The other major threat is to maternity colonies. Any human disturbance can spook parents that are carrying newborn bats and cause them to drop their babies. Thousands of baby bats die from falls caused by disturbance, or starve due to abandonment.

It’s not just people that endanger Indiana Gray Bats. They are also at risk from flooding and diseases.

Flooding destroys their cave habitats, and there aren’t many caves that are suitable for the Indiana Gray Bats (only 0.1 percent of caves are suitable options in the winter, and 2.4 percent in the summer).

White-nose syndrome interrupts their hibernation and drains them of the energy they need to eat, leading to starvation.

Why Should We Care?

Without getting too philosophical about it, bats are an integral part of the ecosystem. Indiana Gray Bats eats hundreds of tons of insects each year, making them a fantastic natural pest control.

It would have an adverse effect on the economy if these bats went extinct. Think of all the spiders, wasps, grasshoppers, beetles, flies, and moths they consume that would otherwise be a problem for homes and farms!

Caring about them is the first step.

[button link=”https://www.getbatsout.com/locate/” size=”large”]Want to speak to one of our bat experts?
Click here to request your free consultation today[/button]