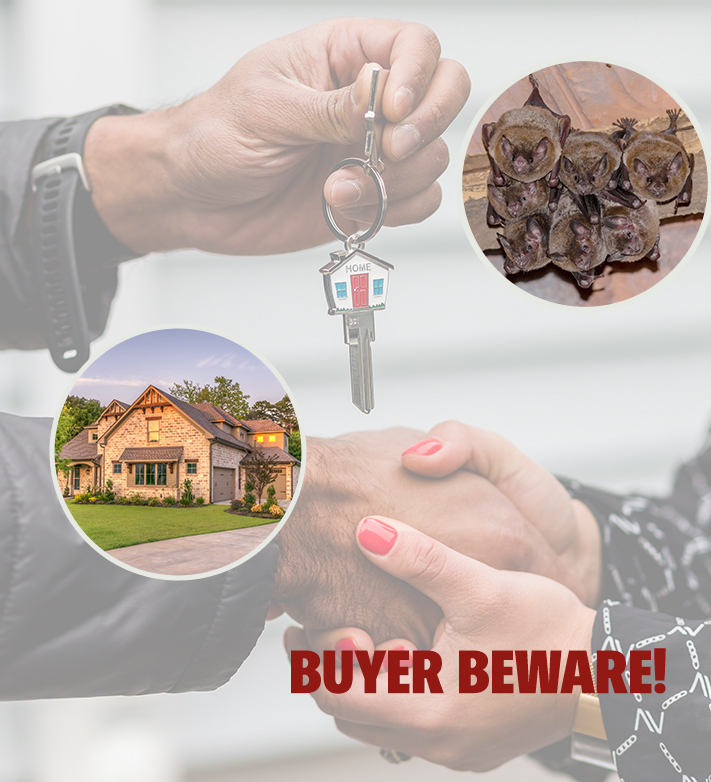 Here’s an interesting case from Canada that we caught wind of, a couple bought a home in Prince George, B.C. After they moved in, they found a bat colony inside the walls of their master bedroom. The previous couple had lived happily with bats on the outside of the house for a few years and were unaware of the colony gaining access to the inside of the home. According to reports, the previous owners had installed two bat houses on the exterior of the home to house the colony in the hopes that the bats would help with the mosquito problem in the summer months. During renovations in the bedroom, the seller had removed some cedar planks to find dried-up guano behind them. He removed the guano. When the owner decided to sell the home in 2019, he signed a property disclosure statement. This form has virtually disappeared from use in other parts of Canada after resulting in so much litigation.

He answered “no” to questions about whether he was aware of an infestation by insects or rodents or any material hidden defects in the structure.

Sometime after the house was sold and the new owners moved in, a pest control company alerted them to a bat infestation. The new homeowners were also advised that bats carry rabies and are toxic to humans. The new owners spent 33,000 to remediate the issue and sued the old owners to recover their costs. This seems reasonable, no?

Well, not according to the judge in the claim. The claim was based on the legal principle of negligent misrepresentation. In other words, the home seller did not disclose the problem with the buyer and failed to make reasonable efforts to remove the problem. The judge in the case did concede that having a bat colony in the ceiling of their bedroom is a latent defect or, in other words, a hidden defect which would be covered under their claim but ruled that since the seller was not aware of the infestation, they did not act negligently in signing the property disclosure statement. The claim was therefore dismissed.

What can we learn from this case?

It is rare to see an issue like this when buying a home, but it can hurt a new homeowner when it happens. In this case, the final cost was 33,000 dollars to have the colony removed. Not only that, but the psychological fear of having bats in your bedroom at night should not be underestimated, nor the medical costs if you wake up to bats inside the room.

We hope this article has been of help to anyone thinking about purchasing a home. Please do your due diligence and contact a professional bat removal company if you have any concerns about bats in the house.

I Need Help With Bats