Do I Have A Bat Problem? 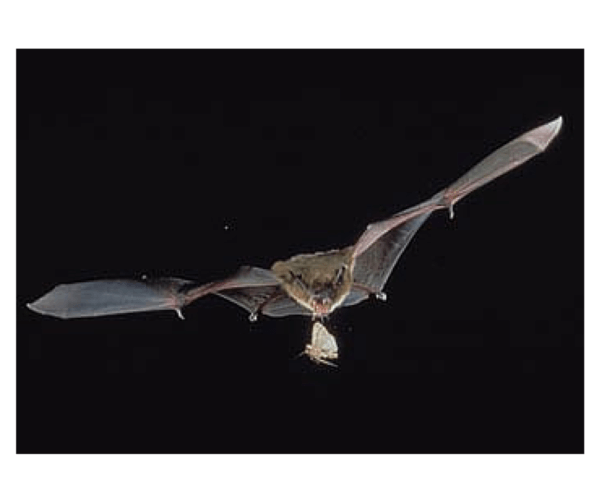 Do I Have A Bat Problem?

Bats, the only mammals that fly, are like humans in that they prefer a private dwelling where they are safe from predators and inclement weather. Thus, they will take up residence in homes, apartment buildings, and just about any other structure that will offer them a dark, protected nesting space. Although bats are beneficial, they should not cohabit a structure also occupied by humans.

How can I tell if there’s a bat problem in the building?

Sometimes, when bats have moved into a building, they can be spotted flying about, lost from their family and searching for a way outside. That’s the easy way to know that at least one bat is living in or passing through the place. Many times, bats that have taken up residence in a home, apartment building, or other structure will live there for a long time with no one being the wiser. However, there are some telltale signs that bats may have decided to become nonpaying tenants.

Don’t panic! Bats are very unlikely to attack. Unless the bat has had physical contact (or is suspected of such) with a person or animal, it may be released outside. If it has had contact, it should be captured for testing for Rabies.

What if I think someone’s had contact with a bat?

Again, if possible, capture the bat and call the local animal control facility. The bat should be tested or held for confirmation of illness.

If the bat cannot be captured, call the animal control facility and local medical authorities. Post-exposure treatment (Rabies shots) may be in order. (Note: If a bat was in a room with a sleeping person or infant, all precautions should be taken as bat bites are not always visible to the naked eye, and the person may have been bitten without your knowledge. Check with local medical authorities.)

The bat is gone. Now what?

If a bat control expert has not been called in up to this point, now is the time to call. Simply getting a bat out of the building does not ensure that your bat problem is gone. There could be others in hidden areas or the original bat could return. Bats come back to the same nest each day, and even if released outside the local area, bats can find their way “home” again.

The bat control professional will make a careful inspection, ascertaining how the bats entered. Entry holes are often nearly as secluded as their nests. A professional will know what to look for and have the proper equipment for finding entry gaps used by the bats. During this process, the professional will use proper safety precautions in order to avoid contact with any guano, remaining bats, and the other pests that might have been “neighbors” of the bats.

The bat control professional will carefully seal all entryways so that any remaining bats can still exit in order to feed, but when they try to return, they will not be able to get back in. A few weeks later, the temporary plugs will be replaced with permanent seals, guaranteeing the bats’ exclusion from the building.

The services of the bat control professional will be covered by a warranty. You may also, however, wish to have post-exclusion inspections made prior to the expiration of the warranty. At that time, the professional will let you know of any problem areas he sees, seal any additional holes encountered, and extend the warranty. An annual inspection can often pay for itself in the savings the property owner will realize simply from not having to have another exclusion process.