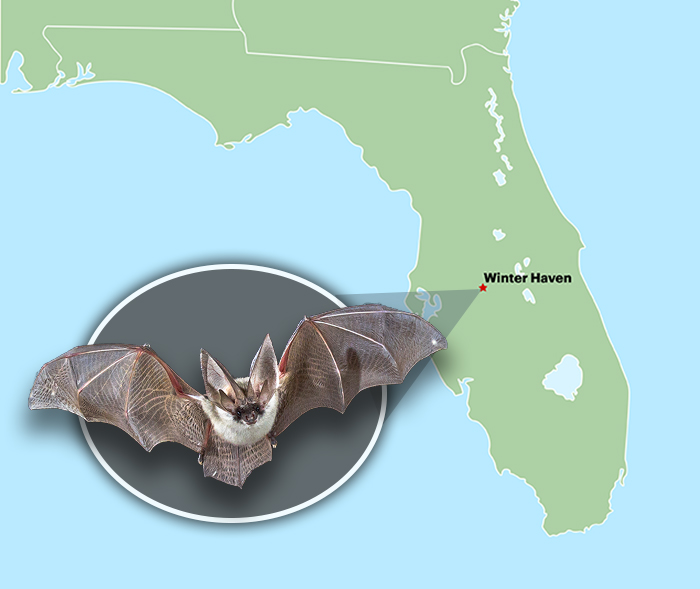 On Thursday, March 3, 2022, a bat in Winter Haven, Polk County, Florida, was confirmed to have tested positive for rabies. The Polk County Sheriff’s Office Animal Control Section reported that this was the first case of rabies in the county this year; which follows five cases in 2021 and one case in 2020.

The bat was captured and sent to an animal shelter in Tampa for testing by the PCSO animal control, after it was found in the mouth of a pet dog, in the Lake Mirror area. Although the dog had been put at risk by this encounter, it is reported that the dog was unharmed. Sheriff Grady Judd said: “Fortunately, this dog was current on its rabies vaccination, but it will have to be quarantined to make sure it is not infected. Remember, if a wild mammal is acting aggressive or appears sick, stay away from it and contact Animal Control immediately.”

How can you protect your pets from rabies?

A rabid bat – what’s the risk?

We repeat these warnings out of concern since rabies cases are reported each year in the US. Sadly, if left untreated, rabies is a fatal disease, so we all need to stay alert to protect ourselves and our pets. For more information on how to spot a rabid bat, check out the article below. If you think you may have a bat colony in your residential or commercial property, contact your local bat removal specialist. Our trained bat removal experts are ready to help you. Please contact us if you need any advice.

For more information on rabies and bat removal, please click on the links below: