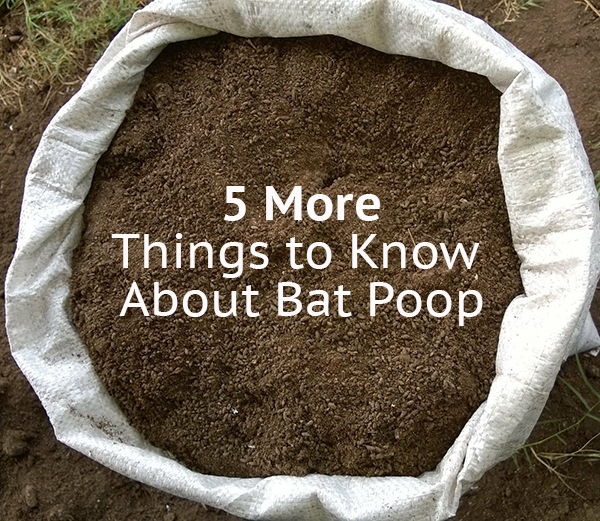 By Michael Koski Posted May 14, 2020 In Bat Guano|Informative Articles

When the American Civil War began in April 1861, the Confederacy did not own enough gunpowder to supply their army throughout the war. Additionally, the Union’s blockade on the Confederate ports prevented the importation of gunpowder. So the Confederates had to find an abundant local gunpowder supply if they were to have any hopes of winning the war. Luckily, all three components necessary to manufacture gunpowder are naturally available in western Virginia. Guano contains an exceptionally high amount of Nitrogen, Phosphate, and Potassium, making it a component for gunpowder and bats in Virginia’s caves are isolated allowing their guano to collect on the cave floors and so become easily accessible.

2. Dangers of bat guano in the home.

Aside from the health risks, bat guano and urine accumulating in attics and wall spaces can attract roaches and mites and the bad odor can be quite powerful. It can also damage your attic’s insulation, which in turn could increase home heating and cooling bills.

Bats produce plentiful nitrogen-rich guano which can be mixed with limestone deposits to create fertilizer. This versatile fertilizer is used as all-purpose manure for soil maintenance or as an agent to aid plant growth in horticulture, farming, and fisheries (to fertilize pond plants such as algae and plankton, which are eaten by fish).

Yes, it’s not just bat poop! The word guano is also used to describe bird and seal feces and both are also used in fertilizer. Bat and seal guano are actually lower in fertilizer value than bird guano.

Bat guano has been mined worldwide for centuries. It was also exported till the late 19th century as a prime source of saltpeter (gunpowder). Guano is still mined in North America, but only for a niche market, however, it’s still an important resource in much of the developing world, where mining is still done with shovels and strong backs!

Do you need help with guano clean-up? Or do you want a free consultation about a bat problem?